Trying to repair a jura nespresso

A few months ago, a broken Nespresso machine fell into my hands. The first thing you notice when you try to repair a Nespresso machine is that you can’t open it because it has the weirdest screws that you have ever seen. However, everything can be solved when the comunity comes together, as Cristopher M. Lott demonstrates in his awesome post Repairing a Jura Nespresso Machine. It turns out that people started building special tools to turn the oval screws that are found in this machine, and sell it online.

Once I got the tool from ebay I decided to attack the issue and started gathering information about the machine’s behavior. It has two buttons: The red one turns the machine on and off, and the other one is used to make the coffee. Usually, when you press the red (left) button, a LED inside the right (white) button starts blinking until the machine is ready (hot enough) to make coffee. 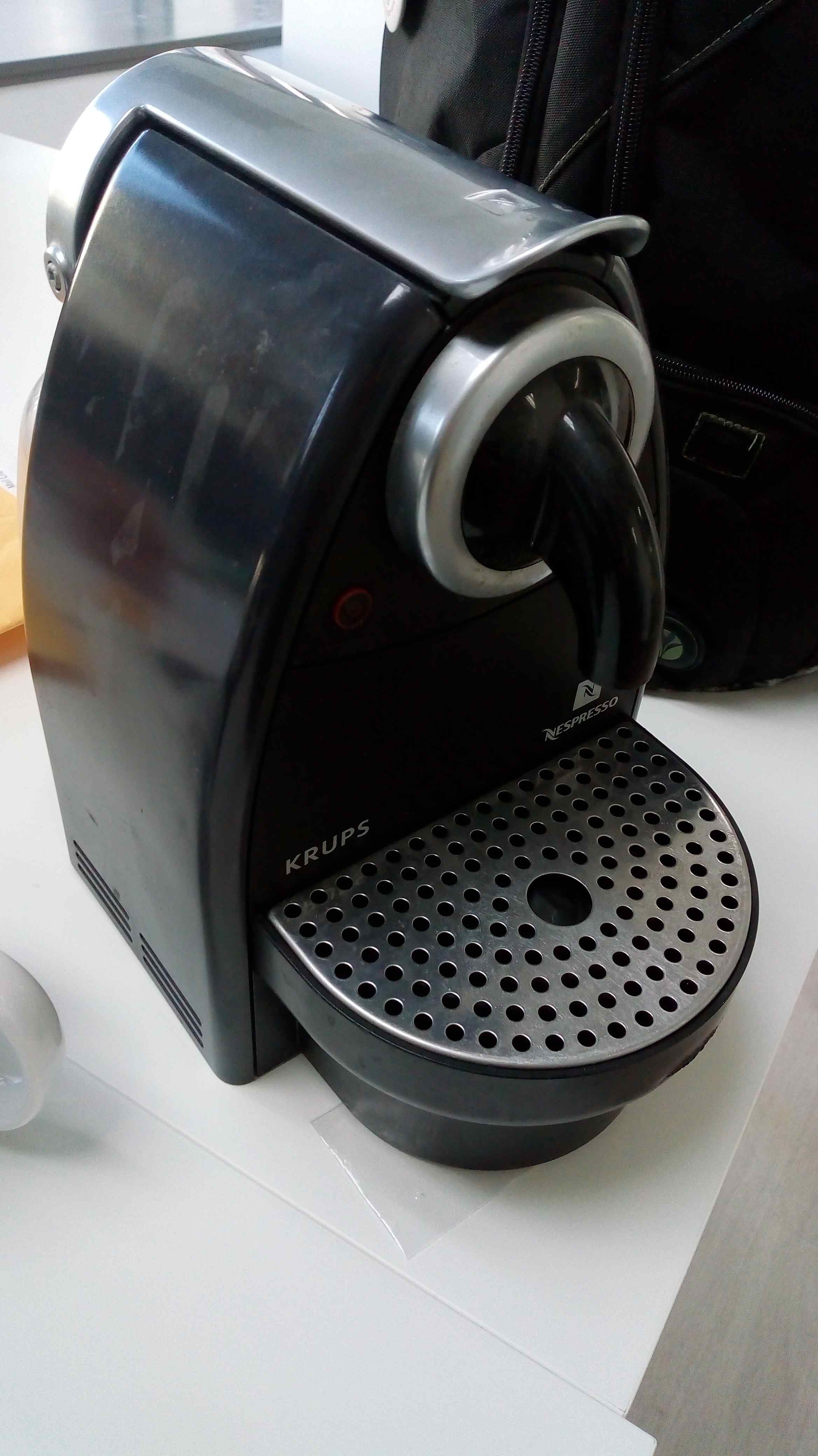 In my case, when the red button is pressed, the green LED blinks twice and the machine turns off. So I cracked it open and examined it.

One thing I noticed really fast is that the machine actually heats a little when the red button is pressed. Also, after exposing all the connections, nothing seemed like burned or broken. Nothing obvious like a loose wire or a popped capacitor.

When I disconnect what looks like the heat sensor from the main board, the led starts blinking periodically. I asume that’s a good sign. It also means there should be some kind of logical circuit ruling the board. Maybe a programmable one. After removing all the screws I found what I was looking for hidden behind the main board: A PIC16F676 microcontroller. Does this mean that I may be able to reverse and reprogram the machine after repairing it? That would be so cool. But first thing first. 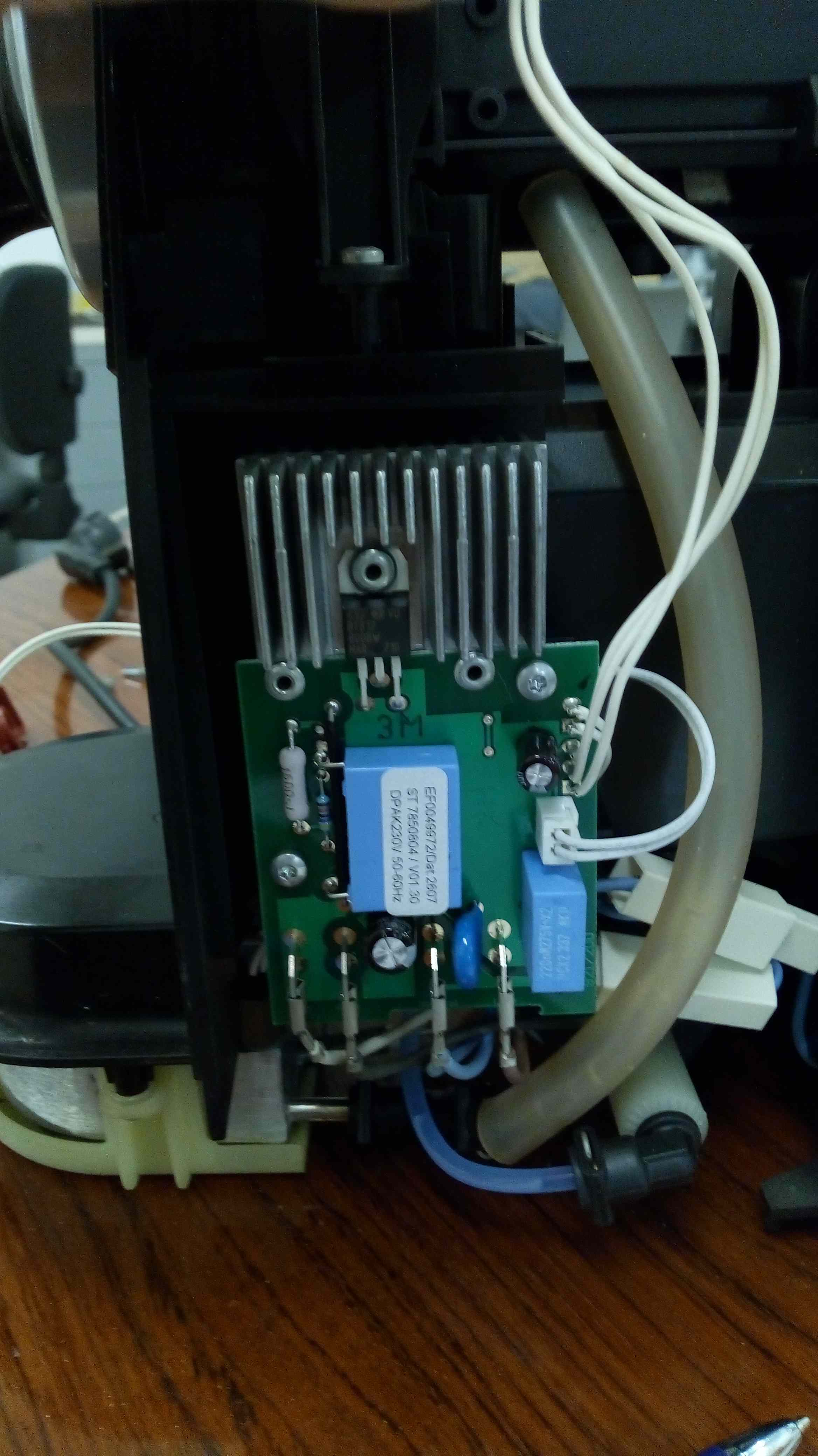 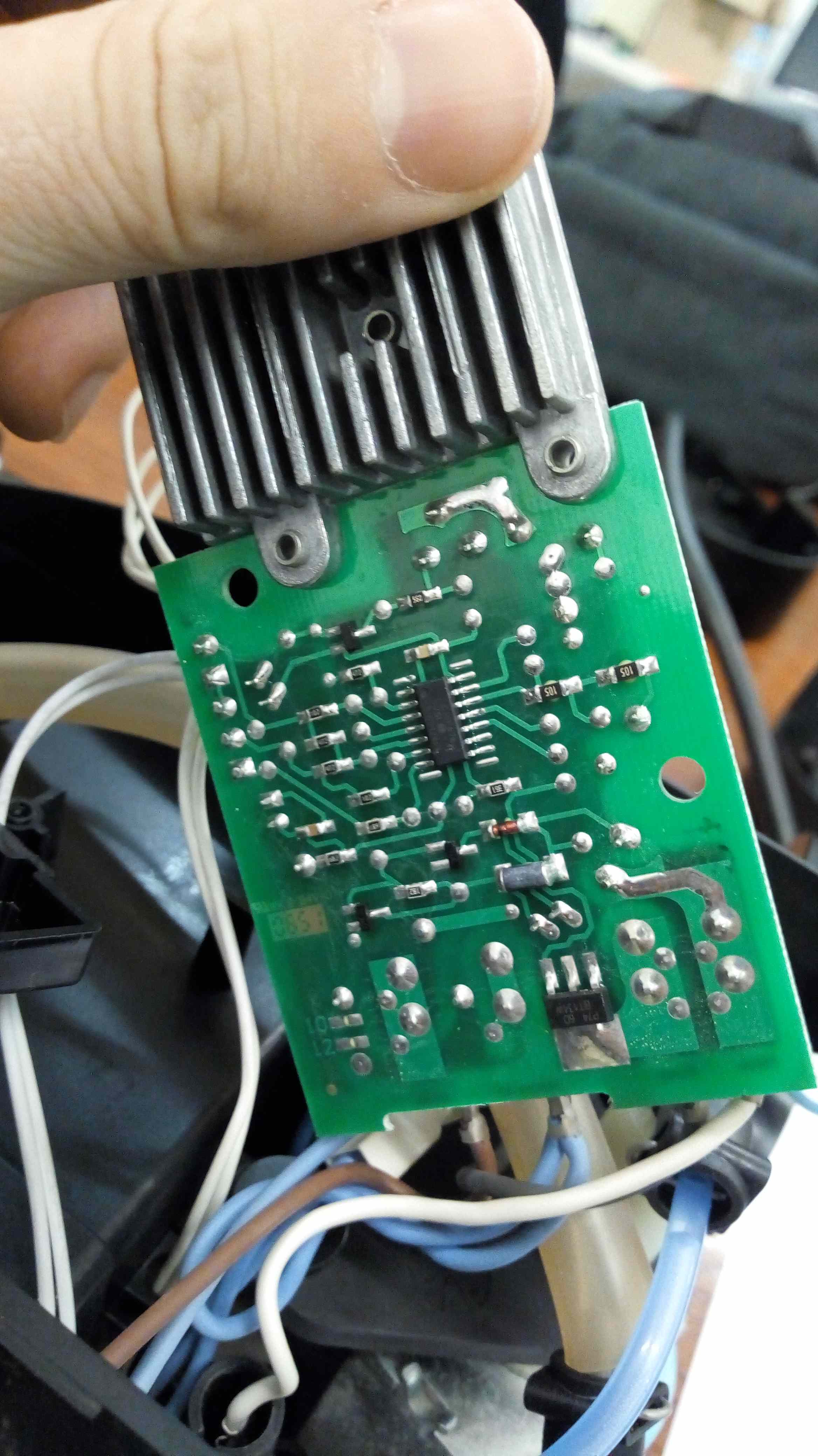 As I did not see anything obvious I did some internet research, and after some time I found this (spanish) video from reparatumismo.org. It seemed like it could be one or both of the big, blue polyester capacitors. According to the video, it’s a rather usual problem with that particular model, and it can be easily solved by changing the 470nF capacitor by a 680nF one.

So I ordered those on ebay and a few weeks later I replaced it as the video said. Now I have a functioning-nespresso :)

Wonder if I can hack it now…